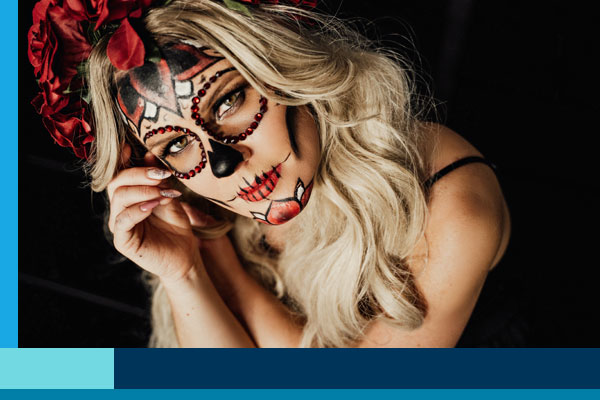 Days of the Dead

This is the season for spooky decorations, costume parties and fright-filled movies. It’s hard to miss the symbols of tombstones, corpses, skeletons, ghosts that reflect the central theme of this occasion is death. Halloween came to North America as Irish immigrants brought with them traditions in observing “Day of the Dead” celebrations which can be traced further back to Celtic and Druid practices.

What I find fascinating is how many different cultures around the world, which have existed in separation for thousands of years, observe similar annual ceremonies focussed on honouring deceased ancestors.

In Latin America, Dia de los Muertos on November 1st finds its history in rituals observed by pre-Columbian Aztecs. In Asia the Japanese observe Obon or lantern day in late August. Cambodians have a 15 day festival in October known as Pchum Ben, and in India the Hindu festival Mahalaya occurs in early November. Some of the common practices include building altars at gravesites and bringing offerings of food or flowers. Perhaps the true origins of these traditions are found in the Bible.

All nations branch from the surviving family of Noah who worshipped God who saved them from death with sacrificed offerings on an altar (Gen 8:13-22). I imagine as they watched the smoke ascending toward the glistening rainbow in the sky, the friends and relatives lost in the deluge were also on their minds.

Just as we observe the anniversary of tragic events and catastrophes today, maybe they continued to commemorate a day to grieve those who could have been standing alongside them if only they hadn’t denied their need of rescue. Even before Noah it was God who taught Adam and Eve to understand the dire consequences of the sin and death with a ritual that sacrificed an innocent lamb on an altar (Gen 1:31, 3:21). This was a solemn and sacred ceremony, not frivolous or fun-filled.. The curse of death and corruption was nothing to celebrate but God was worshipped because he offered a solution by His grace and promised victory and defeat over evil.