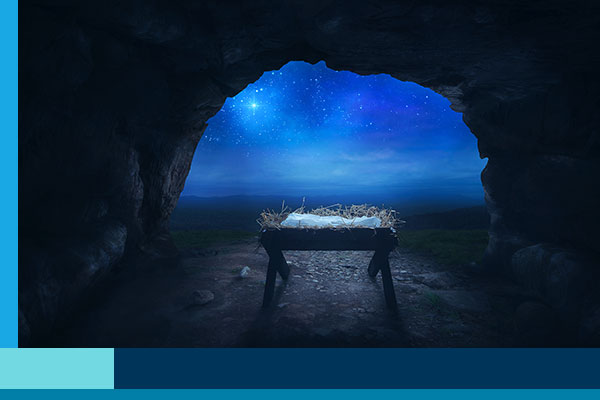 “I dread this time of year” my friend confessed. “Thank you for your honesty” I replied, “you’re not alone in that.” December can be a hard month. Flu and cold season is in full swing, We’re depleted in Vitamin D from shorter and greyer days, getting nutritious food and exercise is harder, finances are tight and holidays trigger family drama or grief over loved ones we miss. It can feel particularly isolating to go against the flow of “holly jolly” vibes being pumped over every store speaker.

But when we think about the circumstances of Jesus birth, He arrived at a dark time. An oppressive Roman ruler was conducting a census to squeeze more taxes from citizens. The people of God were losing hope, as generations passed without a prophetic voice reassuring they were still on speaking terms with the Creator.  Had God abandoned them in the wake of their rebellion?  But on that fateful night a mother groans in labour, a baby cries and an angel choir pierces the darkness with songs of delight.

Not at midday but at midnight. Jesus could have been born under the shining sun, the earth could have quaked and rumbled, a parade of animals could have led the wisemen westward.  Instead He arrived under the cover of darkness with a single star shining as a beacon. These cues are for the restless, the insomniacs, the night shift workers to notice.  It totally fits His MO. After all He came to bring light to darkness, just as He did “in the beginning” of this grand story. The book of Genesis starts with God in the dark. In Hebrew we read the poetic words ‘Tohu va vohu’  describing a void and empty state. God’s presence hovers over deep and lifeless waters and some time passes before light is introduced.

Jesus can handle the darkness because He is the source of light. You don’t have to leave the darkness to find Him, He will meet you there. This season its ok to feel low, to lament our losses and grieve.  God is always closer than we think. Trust His illuminating love to guide you forward. Join our Darkest Night Vespers on Dec 21 for a reflective time focussed on hope, peace and comfort found in Jesus.