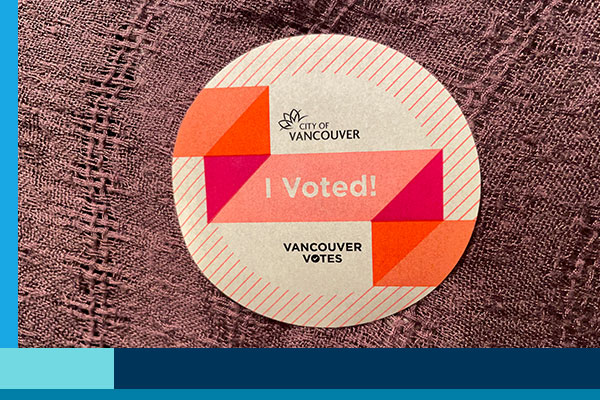 Why I Vote – even for the Losers

It’s civic election time for Vancouver and BC municipalities. Every four years in October citizens have the opportunity to decide who will shape the nature of their communities in general local elections.
Maybe you’re wondering what influence your Christianity should play in the decision to vote. Ellen White guided the Adventist denomination to develop a spiritual approach to participating in public elections. Just two years after the Seventh-day Adventist Church officially organized, a position statement was approved at the 1865 General Conference session which states: “In our judgment, the act of voting when exercised in behalf of justice, humanity and right, is in itself blameless, and may be at some times highly proper; but that the casting of any vote that shall strengthen the cause of such crimes as intemperance, insurrection, and slavery, we regard as highly criminal in the sight of Heaven.”

Mrs White stressed voting should never be dictated by church leaders or blind allegiance to a political party. Instead individuals should prayerfully consider the issues at stake as they align with Christ-centered values. Our engagement in politics should include making independent and informed decisions, relying on the Holy Spirit to convict our hearts of the choices needed for the greater good.
As a pastor I believe what would improve society the most is a universal understanding of how immensely Jesus loves us!  Unfortunately no party or person is running a campaign based solely on that. Still I vote because I value the privilege of living in a democratic society which reflects our God given equality (Deuteronomy 10:17-19)
The Bible is clear the principles of Jesus Kingdom are built on love, mercy and justice (Psalm 89:14, Micah 6:8). By voting I seek the good of those around me (Jeremiah 29:7). I want to use my vote in a way that promotes health, relief and justice for the marginalized (Zechariah 7:9-10).  I have reviewed the 12 Mayor candidates and the campaign platforms of 119 people who want to be City Councillors, Park Board Commissioners and School Trustees.  Even if the candidate is not favoured to win, I vote for advocates who speak for the “least of these”. Nothing done for Jesus sake is in vain (1 Corinthians 15:58). All the votes are tallied, recorded and will tell a story about what the residents value.
Human politics are complicated with platforms that blend strategies that both align and conflict with divine principles. You might wonder if it better to select the lesser of evils or to refrain from endorsing any wrong-doing at all. Consider that every non-vote forms part of the equation and influences the outcome too. We are responsible for our action and lack of action. I pray you will consider how to best steward your voice for community well-being, even on issues that are secondary to eternal matters (Galatians 6:9-10).