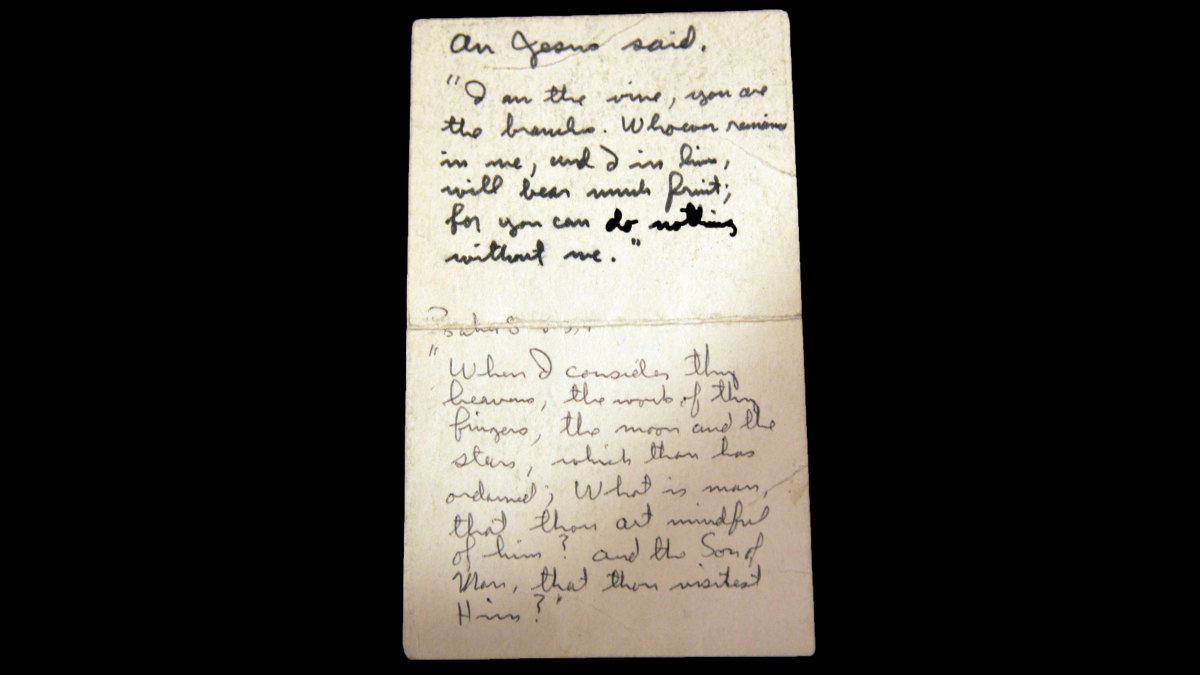 Fifty years ago on July 20, 1969, many wide-eyed, slack-jawed faces were mesmerized by events unfolding on small curved and pixelated black and white television screens. They were witnesses to one of the most significant events of the 20th century and incredible feats of human history! Apollo 11 was the first manned spacecraft to land on the moon and Neil Armstrong the first person to set foot on the lunar surface.

What was once considered impossible was now reality. Neil Armstrong’s words broadcast to Earth spoke to the triumph in human achievement. In a private moment, inside the Eagle module upon the Sea of Tranquility, Buzz Aldrin acknowledged the Maker of the Heavens, recited the words of Jesus from John 15:5 and took communion. “Whoever remains in me and I in him will bear much fruit. For you can do nothing without me.” In his 2010 memoir, he wrote “We had come to space in the name of all mankind; Christians, Jews, Muslims, animists, agnostics, or atheists, but at the time I could think of no better way to acknowledge the Apollo 11 experience than by giving thanks to God.” Later In 1994, Armstrong traveled to Israel. During his tour of the Old City of Jerusalem he passed through the Hulda Gate leading to the Temple Mount where Jesus once walked. “I have to tell you, I am more excited stepping on these stones than when I stood on the moon,” he said.

I believe that living an extraordinary life – whether we walk on the moon or not – is God’s desire for each of us. By doing what Buzz and Neil did, remaining in communion with Jesus, following His footsteps and allowing the Holy Spirit to take hold of our hearts, our God-inspired dreams will be successful. We have a purpose even greater than walking on the Moon when we echo the life of Jesus who brings life-saving hope and healing to desolate people.