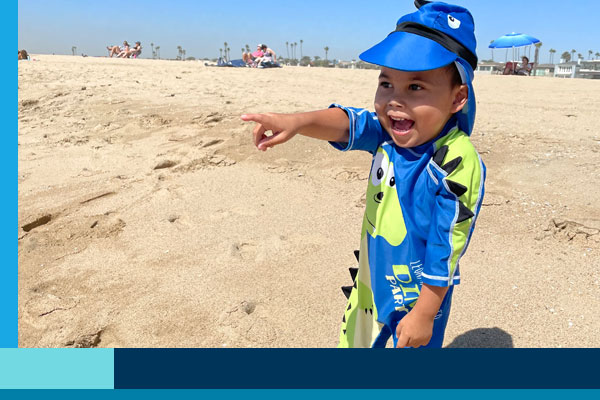 I’m watching a video and I hear my 3 year old nephew named Jethro say, “I love you mama” to my sister in law and tears swell up in my eyes. Given any regular child, this would be an ordinary event, but these are the first words I ever heard my nephew ever speak.

Three years ago, my brother David called a family meeting to say the last ultrasound did not go well. The doctors said Jethro has an extremely rare disorder called CHAOS (congenital high airway obstruction syndrome). In short, he did not have a fully developed airway.

In times of good and bad, we pray, but in this time of crisis, the family developed a pretty strong daily prayer habit for Jethro’s survival.

The first miracle was when they examined Jethro as a fetus. The doctor gave the analogy that a proper airway is cars driving over a highway. The absolute worst case scenario is the highway to be missing blocks on the highway, but Jethro had all the blocks, but just some obstruction.

Surgeons did fetal surgery poking a tiny hole in his airway so Jethro could breathe. The second miracle was the surgery went perfectly and we were relieved.

With his medical condition, the entire medical team at Loma Linda had to perform a complicated procedure called ex utero intrapartum treatment (EXIT) where it required multiple doctors to deliver Jethro, and trache him immediately so he could live.

The third miracle was that the surgery went perfectly exactly as planned. Jethro was delivered and mom Jennifer was healthy, protected by God and his angels.

As Jethro continued to grow, the eventual goal would be for him to remove his trache so he could breathe on his own. He eventually was scheduled for a surgery where they would take a rib and build his airway. We also had no idea post surgery on his capability of talking.

Of course when hearing this, I just reflect on the story of creation and how God is such a magnificent creator. We continue to pray for Jethro’s survival and path to normalcy.

The fourth miracle was when the surgery happened, the surgery went as planned and Jethro now can breathe on his own.

In the Bible we read about so many countless stories of healing such as the Centurion’s healing in Matthew 8:5-13. I think about how miraculous ways God heals people.

In our modern day, we sometimes forget miracles are still happening through God and his angels. Meditate and reflect back in your life. I guarantee you there was some miracle of safety, blessing, or circumstance you probably could not explain without God in the picture.

In this thanksgiving season I am thankful for my nephew being healed, but most importantly having a loving and gracious God to help my family deal with such tough circumstances. God is there when you need him anytime.