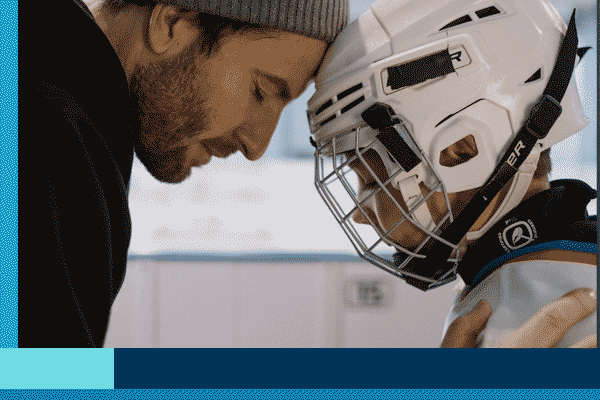 Are you rooting for the Habs? The Montreal Canadiens could win the Stanley Cup within the next week, the first time a Canadian team could hoist the holy grail of hockey over their helmets in a decade. I’m not much of a hockey fan but apparently, there is still room on the edge of the bandwagon.

I’m not sure what’s driving my new interest in the action on the ice more, the momentum of hope in a win after a year full of loss, or the distraction from the consuming heatwave. Maybe it is my memory of the moment Team Canada won the 2010 Olympic gold that has me craving a similar unifying celebration.

I caught an interview between Matt Galloway, host of CBC’s The Current with New Yorker writer and Habs superfan Adam Gopnik about the looming excitement. “I am a Habs fan by religious passion more than sporting affiliation” Adam claimed, who has watched the team since 1968 witnessing their previous 10 championship wins. Gopnik expounded what makes the Montreal Canadiens particularly special to him is that they represent a whole region rather than a city and have featured more local players on their roster.

The Habs were “one thing everyone could agree on, where the Francophone and Anglo divide was weakest, merging French Canadian and Irish Catholic players.” And this is where my pastoral thoughts digress to imagining what it would take for the same to be said about our church. OAC’s ministry impact certainly extends beyond the city boundaries and has been an incubator for next-gen leadership. Can we also say OAC is a place where our belief and joy in Jesus unites us more than any opinion or position we disagree on? How can I share the gospel of Jesus in a captain’s jersey, leading a team of really young underdogs against the tough, experience and overhyped rival of Selfish Gain? Instead of hockey sticks doodled on calendars marking game days, would every Sabbath be stamped with a “V” for victory day? We should be proud to wear our hearts on our sleeves, and be caught humming the team’s theme song: Amazing Grace? Our confidence in Jesus claim to the trophy would combat any discouragement when star players are injured or swap teams because we know the game is won from a collective effort, that resilience and stamina come from above and this team has a history of backbenchers stepping up and rising to the challenge. Imagine with me a church where witnesses to a baptism sound like superfans of a play-off game win, shouting hoorays peppered with sentiments like “it’s historical” and “I was born for moments like this!”