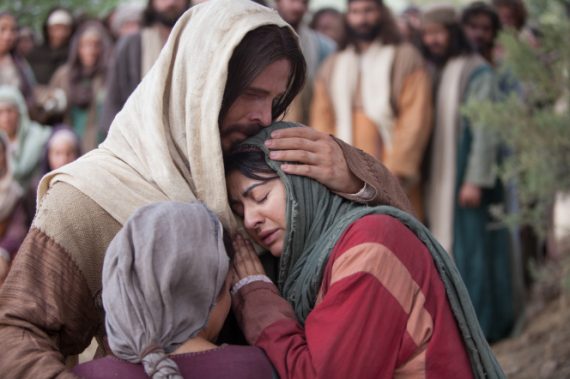 The first International Women’s Day was observed in 1911 by over a million people across Europe and has since been accepted in some nations as a public holiday. It is a day to both honour womanhood and recognize prevailing gender-based inequalities. All movements have their extremists but at the heart of women’s rights advocacy is a hope they might share the same status as men, which seems to be God’s intention too. In Genesis 2:18 we read the woman was created as an ezer. This Hebrew word means comrade, who works along with, rather than a servant who works for. Ezer also describes the powerful ally nations Israel calls upon when under siege. A dozen times we can find the term used in prayers that call upon God to come to our side; evoking scenes of a wounded soldier or weary traveller leaning on a friend for support.

Jesus never married but He had ezers like Mary of Bethany who is referenced by name in the New Testament more often than many of the Twelve. Women are among Jesus’ band of travelling disciples and He wasn’t ashamed to keep their company or receive and empower their ministry publically. This certainly challenged the conventional patriarchy of the day which had invaded Judaism. Jesus instead leaned into an ancient strand of the faith; one that included women like the prophet Hulda consulted by kings and priests; Deborah the judge who also led Israel into battle; and Esther, who saved her people.

All this was somehow lost on the bewildered King James translators who simply erased the gender identity of the apostle Junia, who by title was a Jesus-knowing, gospel preaching, church-establishing woman. Fast forward to the 19th century and discover another woman impressed to share her visionary encounters with Jesus and challenge the status quo of Protestantism. Despite her brother begging her not to go public, fearing the family’s disgrace, Ellen White replied, “If you would give me all the gold your house could hold, I would not cease giving my testimony for God…for when God imparts His light to me He means that I shall diffuse it to others according to my ability.” As we take time on March 6th to remember women in prayer, thank God He has shown no partiality in blessing, inspiring and calling women to reflect His nature and change the world. Dear sisters remember, God is not ashamed of His daughters!