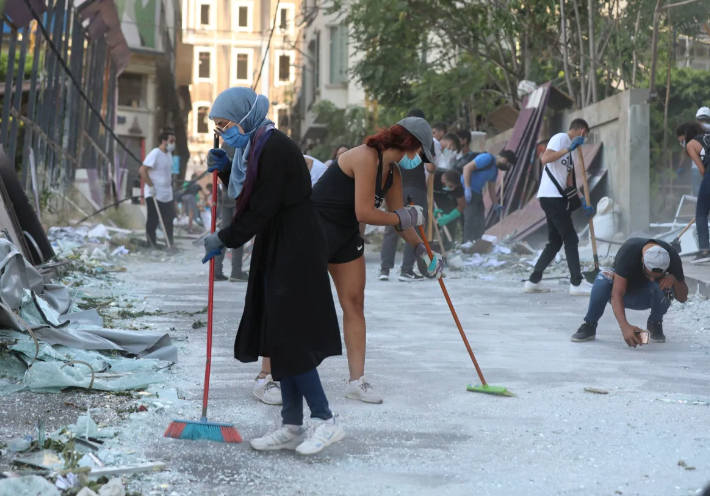 “It was a house of glass, and it has shattered beyond any hope of return.” Based on the images flooding your news feed this week, you’d assume this statement is about the Beirut blast. However Fawaz Gerges, professor at the London School of Economics is referring to the country’s financial collapse in a Washington Post article published two weeks ago.

The Lebanese currency lost over 80 percent of its value in the past 10 months. Its people use Facebook to trade personal valuables for milk. Circulated security camera video shows a gun-wielding man robbing a drugstore for diapers. Intermittent electricity has disrupted air and ground traffic. Unique in the Middle East, Lebanon’s politicians include Christian, Sunni, Shiite and Druze leaders. Regardless of religion these elites have built personal wealth at the expense of the poor. One percent of the population controls 80 percent of the assets. International aid has been stalled while the wealthy are reluctant to concede to any changes “that would impose a haircut on their holdings” reported Liz Sly.

This greed and corruption bred incompetence as appointed officials shirked responsibility for their fellow citizens. No foreign enemy but internal negligence reduced waterfront towers to rubble. The consequences of sin are inescapable but God offers to rescue and redeem us. 2 Chronicles 7:14 encourage us; “if my people, who are called by my name, will humble themselves and pray and seek my face and turn from their wicked ways, then I will hear from heaven, and I will forgive their sin and will heal their land.”

Let’s examine our own hearts, confess our greed and remember the people of Lebanon in prayer and giving, 1 in 5 who are refugees before this tragic accident occurred. To contribute to relief efforts go to https://donations.adra.org/ and learn of ADRA’s previous work in the country here: http://adramena.org/office/lebanon/