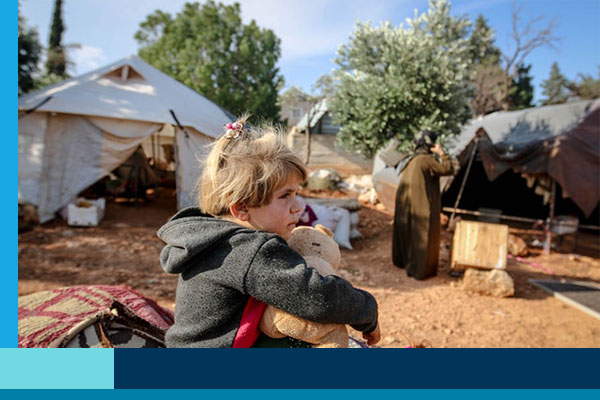 We worship a God who shows no partiality when it comes to His love and offer of salvation. Peter made a particular point in Acts 10:34-4 about the equity of the gospel regardless of one’s nation and James 2:1-13 warns about the sin of prejudicial favoritism.  With that in mind, please carefully consider an intentional and balanced response to all those seeking refuge in our land. The following message and appeal is from our good neighbour, Loren Balisky of Kinbrace:

The harm inflicted on Ukraine by Putin’s Russia is horrific. And it is deeply impacting Ukraine’s people who are fleeing into neighbouring countries and beyond.
In response to more than 3 million Ukrainians who have fled their country, the Canadian government introduced the Canada-Ukraine Authorization for Emergency Travel. This special measure “offers Ukrainians and their family members free, extended temporary status and allows them to work, study and stay in Canada until it is safe for them to return home.”

While appropriate to the situation, it is an extraordinary, unprecedented offer by Canada to a population that is forcibly displaced. I sincerely hope this is the way of the future – a timely, open-door response that fast-tracks people from forced displacement to safety with few barriers in between. Because while this measure is celebrated and functioning to ensure Ukrainians safety, it also raises equity concerns.

At the end of 2021, 48,014 claims for refugee protection were finalized in Canada. 92% were non-white, non-caucasian. They were from Asia, South and Central America (and Mexico), Africa, and the Middle East. And 55,937 people were still waiting for their refugee claims to be determined, 90+% of which are from non-white countries.
People currently in Canada’s refugee protection system – who have faced war and persecution like Ukrainians, who were once asylum seekers taking great risks to get to Canada’s safe borders, who have struggled through the complexity of being a refugee claimant with its uncertainty and waiting – are seeking to make sense of their story and situation in light of what is being offered Ukrainians. Protected persons in Canada waiting to be reunited with their families from overseas, Afghans promised refuge in Canada yet still not here, and people in refugee camps waiting for their sponsorship applications to be finalized may also be seeking clarity.

Action you can take: for every displaced Ukrainian you can and should support – whether you are providing housing or giving financial assistance – give equal or more support to a refugee claimant currently in Canada’s refugee protection system.
Extend hope and expedite a welcome by supporting organizations such as Kinbrace.ca Donate and join their mailing lists for career and volunteer opportunities.